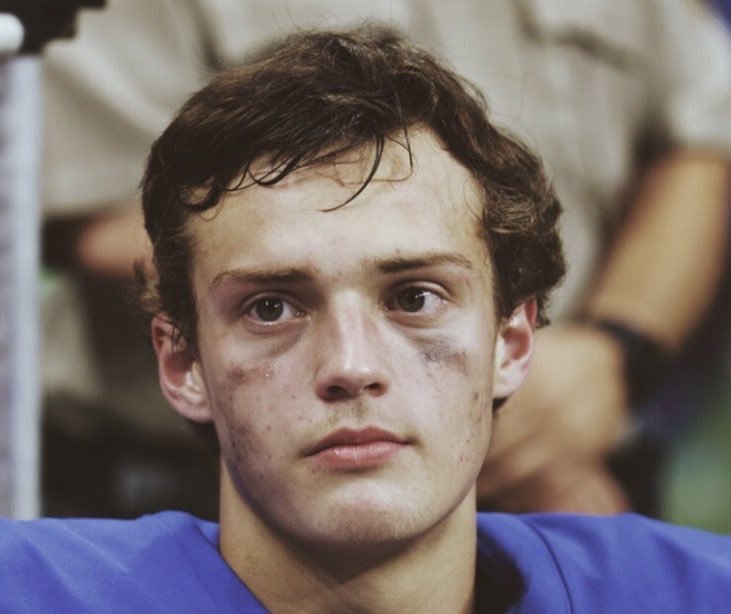 Texas receiver Mason Mangum visited Arkansas in February and will make a return trip to Fayetteville for the Red-White spring game on Saturday.

He received a scholarship from the Razorbacks on March 28 after talking to receivers coach Justin Stepp.

“I’m really excited to get back up to campus again,” Mangum said. “Since last time I’ve gotten to know Coach Stepp a lot better. I think it is going to be awesome to actually see them playing and just get a feel for what it’s like and see the level they’re playing at.”

He recorded an electronic 4.45 seconds in the 40-yard dash, a 34.9-inch vertical, 4.37 seconds in the shuttle and threw the power ball 39 feet at the Houston Opening regional in March.

Mangum was thrilled by the Arkansas offer.

“I was pumped,” Mangum said. “It was something I’d been really hoping for for a while, so it was just an unreal feeling to finally get the offer.”

Mangum also excels in track and field has a best of 23 feet, 7 inches in the long jump and 38.14 seconds in the 300-meter hurdles. He credits his father Mark and mother April for his athleticism.

“My dad played football at Wisconsin and my mom played volleyball at Baylor,” Mangum said.

“I love him,” Mangum said. “I mean, really, he’s awesome. He’s a great guy and he’s definitely someone I’d love to play for.”