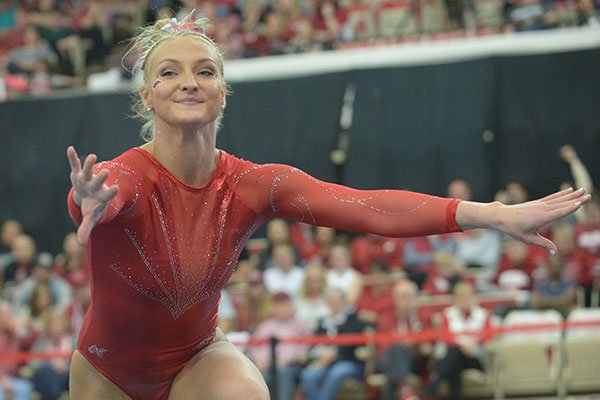 Arkansas' Sarah Shaffer competes in the floor Saturday, Jan. 5, 2019, during the Razorbacks' meet with No. 2 Oklahoma in Barnhill Arena in Fayetteville.

The University of Arkansas’ season came to an end when they finished third at the NCAA Baton Rouge Regional on Friday.

Individual qualifiers for the NCAA Championships will be announced after today’s competition.