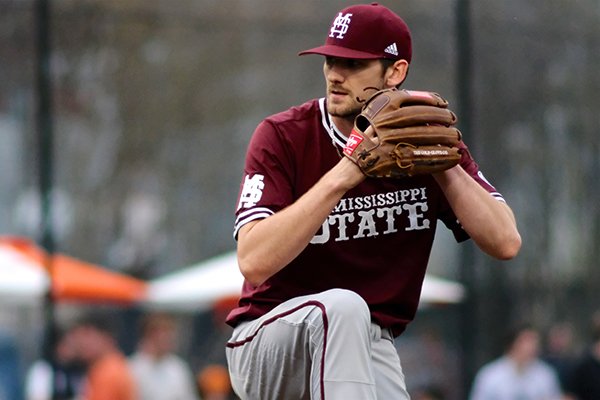 TELEVISION The Thursday game will air on ESPNU. The Friday and Saturday games will air on SEC Network-Plus. All three games can be accessed on the ESPN app and ESPN3.com. (Carrier login required).

NOTABLE The home team has won the series the past six seasons, and has swept the series each year since 2016. Mississippi State has not won a series in Fayetteville since 2007….Mississippi State senior outfielder Jake Mangum enters the series with a team-best .398 batting average. Mangum has 345 career hits, which is seven hits shy of the SEC career record of 352 set by LSU’s Eddy Furniss from 1995-98….Both Game 1 starting pitchers - Arkansas' Isaiah Campbell and Mississippi State's Ethan Small - were coached by Wes Johnson, the former Arkansas and Mississippi State assistant who is now pitching coach for the Minnesota Twins….Mississippi State leads the SEC West standings, but five teams are within two games of the Bulldogs. Arkansas is one game back of the lead in the division….Arkansas sophomore Matt Goodheart is batting .404, which ranks second in the conference. Goodheart leads the league with a .500 on-base percentage. In SEC games, Goodheart is batting .480, slugging .700 and has an on-base percentage of .574….Arkansas sophomore Patrick Wicklander will make his second SEC start Saturday. Wicklander threw five scoreless innings and earned the win against Auburn on April 7....The Arkansas-Mississippi State is one of six SEC series that will begin Thursday. Vanderbilt's game at Alabama is the only conference game that will be played on Easter Sunday.