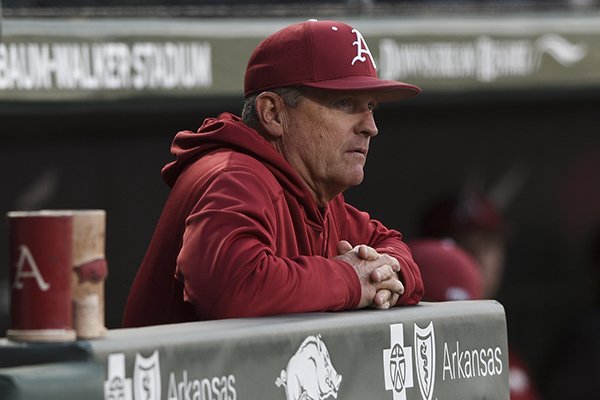 The Razorbacks are No. 7 in this week's poll, which is their highest ranking of the season. Arkansas has not been ranked outside the top 10 all season.

Tennessee, which will play at Arkansas this weekend, is ranked No. 18 this week. The Volunteers (30-11, 9-9 SEC) will be the fifth consecutive ranked team to play the Razorbacks in a weekend series.

Arkansas won series against Mississippi State and Auburn, and lost series to Ole Miss and Vanderbilt.

Prior to the Tennessee series, the Razorbacks are scheduled to play Northwestern State twice beginning Tuesday at 6:30 p.m.

Arkansas (30-10, 12-6 SEC) leads the SEC West entering its series with Tennessee. The Razorbacks are one-half game ahead of Texas A&M in the division standings and one game back of Georgia in the conference standings.