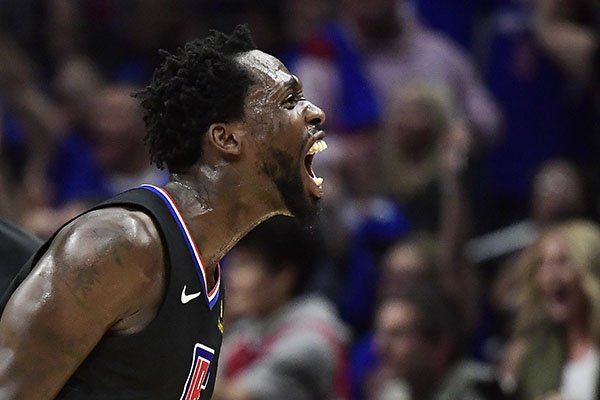 It’s not an exact science, but it isn’t a coincidence that correlating players selected in the NFL or NBA drafts with where they were drafted from means you usually find a successful college program.

For some, though, it takes hard work, dedication and sacrifice.

There were four players from the University of Arkansas who spent part or all of the NBA season on rosters, and yet only one is in the playoffs.

Patrick Beverley, who was recruited by Stan Heath, is with the Los Angeles Clippers. He isn’t just with the team, he’s doing everything he can to make games miserable for Kevin Durant and Golden State.

Bobby Portis is with the Washington Wizards, and Daryl Macon is a member of the Dallas Mavericks.

Dusty Hannahs was called up by the Memphis Grizzlies at the end of the season and played in two games.

All of them have worked really hard, but Beverley is the only one in the playoffs.

He has talent, athleticism and fearlessness. He can score, and he has great timing and leaping ability to outrebound a lot of taller, more physical guys.

What Beverley couldn’t do — and at 6-1, this was essential — was play point guard in college.

Beverley had two solid seasons for the Hogs as a shooting guard who was good at passing in the transition game. Then he hit an academic roadblock.

He was ruled ineligible, and he later admitted someone had written a paper for him.

That year’s draft was in the books, so the Chicago native headed overseas, landing in the Ukraine to play for Dnipro for about $100,000 — which is a lot of hryvnia or dollars.

He wasted no time putting his name into the next NBA Draft.

Beverley was taken by the Los Angeles Lakers in the second round with the 42nd pick, but a day later he was traded to the Miami Heat. He didn’t make the cut, and under advisement of Heat management, he went to Greece. His team, Olympiacos, made the finals of the Greek League and the Euro League.

He was not great, averaging 3.8 points in 41 games, but the Heat invited him to join their summer league team in 2010. He wasn’t great again, but Miami saw potential. Then came some heavy advice from the organization: Learn to play point.

Beverley spent the next two seasons playing for Spartak St. Petersburg in Russia doing exactly what the Heat had suggested.

In early 2012, Beverley got the chance he was looking for and signed with the Houston Rockets. He spent one week in the NBA Developmental League and was called up.

Beverley had three injury-plagued years with the Rockets, but he was a point guard who could score. After his third season, the Rockets signed him to a four-year, $23 million deal.

Two seasons later, he and several Rockets were traded to the Clippers for Chris Paul. After this season, he will be an unrestricted free agent.

The Clippers trail the Warriors 3-1 and face the defending champions on their home court tonight, but Beverley made headlines in the first two games by taking on Durant.

Beverley and Durant were ejected from the first game after tangling up. Durant fouled out of the second game after taking only eight shots, and the Clippers won after trailing by 31 points in the second half.

Durant called Beverley a pest, but said he understood that’s how he makes his living. Both have said they respect each other.

The Clippers need Beverley to be the biggest pest in the NBA, but he needs some help from his teammates if they are going to dethrone the kings.