Dre Greenlaw drafted by 49ers in 5th round 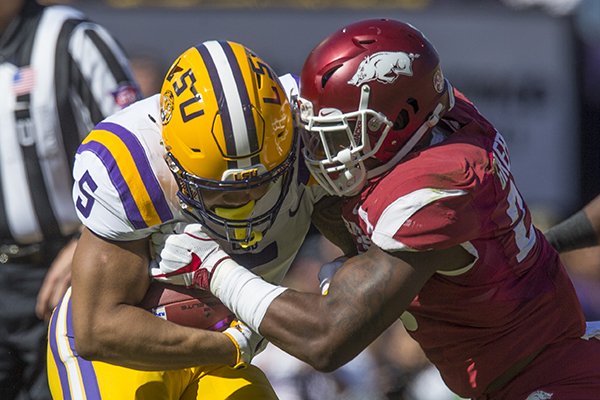 The San Francisco 49ers drafted Greenlaw, a Fayetteville native, in the fifth round with the 148th pick. He is the first Razorbacks linebacker taken since Martrell Spaight in 2015 and the second since Jeb Huckeba was selected by Seattle in the fifth round in 2005.

The 49ers acquired the 148th pick from the Denver Broncos in exchange for linebacker Dekoda Watson and pick No. 212.

"I like his short-area quickness and what he did in the passing game," Daniel Jeremiah said on the NFL Network. "He's very instinctive against the pass."

Greenlaw finished his college career with 320 tackles - 10 shy of cracking Arkansas’ top 10 list for tackles in a career. He also totaled 13 tackles for loss, four sacks and three interceptions, two of which came in the Razorbacks’ loss to Texas A&M in 2018.

Greenlaw, a team captain during his senior season, landed on the SEC All-Freshman Team by the league’s coaches in 2015.