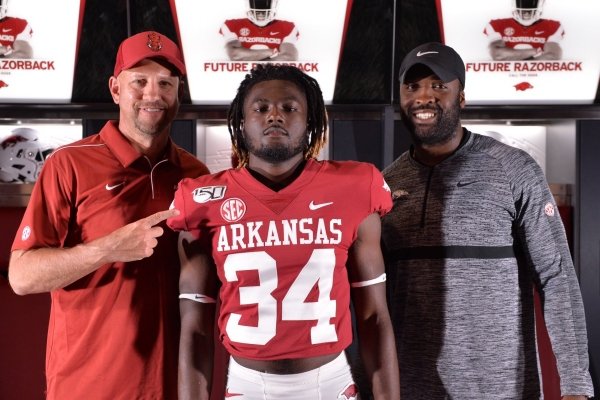 “I had a great time, lots of fun with the coaches and activities. The campus looked great also,” Johnson said.

The visit to Arkansas has him wanting to visit again.

“Really makes me want to come back again and learn more about the school," Johnson said.

ESPN rates Johnson a 4-star recruit, the No. 8 running back and No. 175 overall prospect in the nation for the 2021 class.

Johnson said hanging out with associate head coach and running backs coach Jeff Traylor was the best part of the visit.

“It was great,” Johnson said. “He’s fun to talk with. He showed me everything that was on campus and let me talk to some of the running backs at Arkansas. Really just letting me get a feel of what it was like up there.”