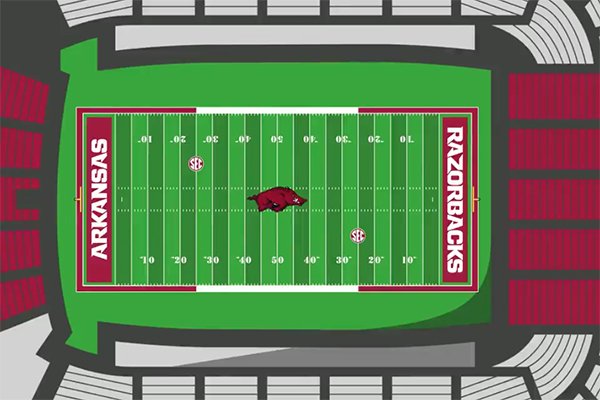 For the first time the field in Fayetteville will include predominantly-red end zones with the word "Arkansas" on the stadium's north end, and the word "Razorbacks" on the south. The words in each end zone will be painted white in a font trademarked by the University of Arkansas in 2014.

The Razorbacks' primary logo will be painted at midfield and extend 20 yards to each 40-yard line. Red and white Southeastern Conference logos will be placed on each 25-yard line.

Crews are installing the grass field this week at the stadium. The Razorbacks played on an artificial turf surface the past 10 seasons.

Arkansas is scheduled to open the 2019 season on Aug. 31 with a game against Portland State in Fayetteville.