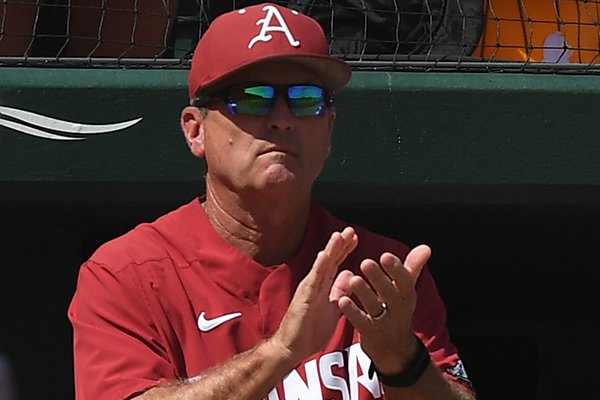 FAYETTEVILLE — Arkansas will play Oklahoma in a baseball exhibition game on Sept. 21, according to a tweet by reporter Kendall Rogers of D1Baseball.com.

According to Rogers, the game will be played at Baum-Walker Stadium in Fayetteville. A time has not been announced for the scrimmage, and might not be until a kickoff time is announced for the Razorbacks' home football game that day against San Jose State.

An Arkansas team spokesperson could not confirm the exhibition, but Oklahoma and Oklahoma State were two teams mentioned as possible fall exhibition opponents by Arkansas coach Dave Van Horn on July 25.

Van Horn said he would like to play one exhibition game at home and one on the road, but added that a number of factors play into scheduling exhibition opponents, including distance and on-campus football games.

“Ideally we would like to play on a Friday and have a football game on a Saturday, but it’s a matter of getting someone over here and not missing school,” Van Horn said last month.

Following a rule change last year, teams can play up to two exhibition games in the fall without the scrimmages counting against the maximum number of regular-season games a team can play. Arkansas won exhibition games against Wichita State and Arkansas-Little Rock last October.

Arkansas and Oklahoma were scheduled to play a baseball exhibition last September in Norman, Okla., but it was canceled because of poor weather conditions. The UALR exhibition was a replacement for the cancellation with Oklahoma.

The Razorbacks and Sooners are scheduled to play at least one regular-season game in 2020, at the Shriners Hospitals For Children College Classic in Houston on Feb. 28. At a Swatter's Club meeting earlier this year, Van Horn said the Razorbacks would also play a midweek game at Oklahoma next season, but did not provide a date.

Arkansas, which is coming off a 46-20 season in which it played in the College World Series, is scheduled to begin its 45-day fall practice period Sept. 6.