4-star small forward on why Arkansas made his top 10 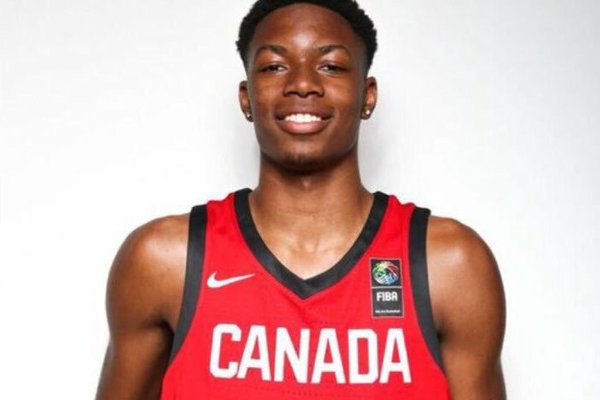 Arkansas made the cut for 4-star small forward Keon Ambrose-Hylton for several reasons, including his respect for Razorbacks coach Eric Musselman.

He received his offer from Arkansas on Aug. 8. He pointed out why he respects Musselman.

“I like his coaching style from the NBA. ... Very respectable, highly regarded, family oriented,” Ambrose said.

He earned a spot on the Canadian national team that competed at the FIBA U19 Basketball World Cup 2019 in Heraklion, Greece earlier this summer.

Ambrose averaged 14.2 points, 6.5 rebounds, 1.5 assists and 1.3 steals for UPLAY during the Nike EYBL regular season. He averaged 20.2 points, 7.2 rebounds and 2.4 steals per game at the season-ending Peach Jam Invitational.

ESPN rates Ambrose a 4-star recruit, the No. 13 small forward and No. 57 overall prospect in the nation in the 2020 class. He plans to narrow his current list in the coming weeks and then visit the schools.

Ambrose, who’s from Toronto, is looking to learn more about the Razorbacks program.