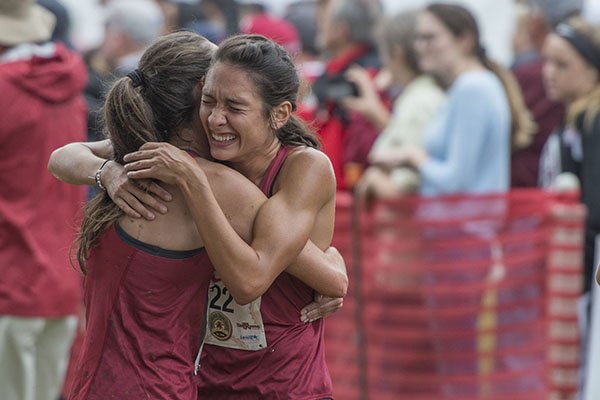 While never taking a SEC championship for granted, Harter knows something like last year’s 24-69 SEC victory margin will be predicted for Arkansas at the SEC Championships Nov. 1 in Lexington, Ky.

It wouldn’t be a single academic year cross country, Indoor, outdoor triple crown like their SEC triple crown for 2018-19, but it would be a national triple crown in the Razorbacks’ book consecutively winning the three NCAA championship events.

“That would be a dream come true,” Harter said. “That’s the elusive one, cross country nationals. We’ve been second many times and third. We’ve got a pretty potent lineup that I think can compete at the national level if everybody stays healthy.”

Bucknam’s quest in Lexington to reclaim the SEC throne begins with Gilbert Boit, last year’s initially unheralded junior transfer from Tennessee Tech named SEC Runner of the Year after winning SEC cross country, winning the SEC Indoor 5,000 and scoring 18 SEC outdoor points with first in the 5,000 and second in the 10,000.

“It does help having that go-to guy,” Bucknam said. “No question about it.”

“A lot has changed with our guys physically and emotionally since the SEC Cross Country Championships last year,” Bucknam said.

Saturday’s tuneup in Tulsa mostly will be without their best runners training for the long 2019-20 cross country schedule into track seasons, Harter and Bucknam said.