Source: Traylor to interview at Lamar 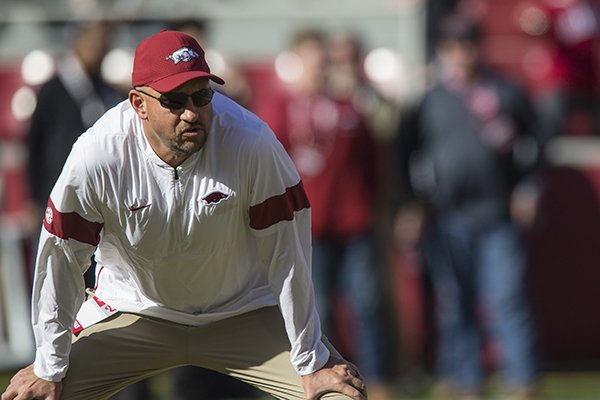 Arkansas running backs coach Jeff Traylor is shown during a game against Western Kentucky on Saturday, Nov. 9, 2019, in Fayetteville.

FAYETTEVILLE — Jeff Traylor, the University of Arkansas’ running backs coach the last two seasons, will interview for the vacant head coaching job at Lamar University on Saturday, according to sources.

Lamar is a Football Championship Subdivision school in Beaumont, Texas, and plays in the Southland Conference. The University of Central Arkansas is a member of the Southland.

The Cardinals were 4-8 this season and had a combined 13-22 the last three seasons, which resulted in Mike Schultz being fired as coach.