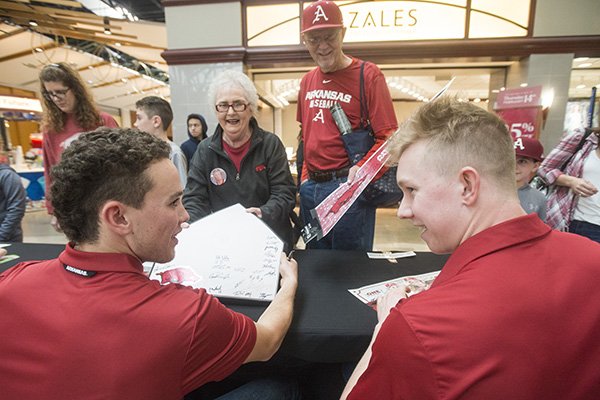 FAYETTEVILLE — Coby Boulware is transferring from Arkansas before ever playing a game for the Razorbacks.

Boulware, a redshirt sophomore utility player, was announced as a transfer by Central Arizona College on Tuesday. Boulware is from Anthem, Ariz., and Central Arizona is the reigning champion of the JUCO World Series.

He transferred to Arkansas at semester prior to last season and redshirted. He went through fall practice with the Razorbacks this year.

Arkansas coach Dave Van Horn said he expected some transfers, but did not give any names during a news conference last month that he said came a day after concluding post-fall evaluations with players.

"I’m always up front and honest with them," Van Horn said. "I tell them what we see, where we’re at and in some cases let them make a decision and try to give them some information so they can make an educated decision."