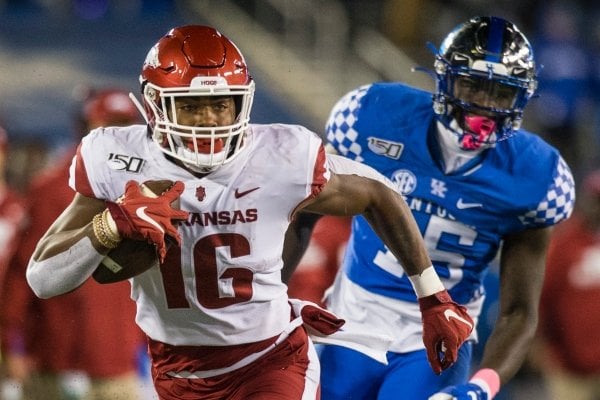 FAYETTEVILLE — Arkansas freshman Treylon Burks has been named second team All-SEC as a return specialist by the league’s coaches.

Burks is the first Razorbacks player to earn return specialist honors since De’Vion Warren was selected to the All-Freshman team in 2017.

The Warren, Ark., native returned 10 kickoffs for 226 yards and on 12 punt returns totaled 130 yards, the most in a season since 2011 (Adams 321). Burks’ 134 kick return yards against Mississippi State on Nov. 2 were also the most by a Razorback in two seasons.

Burks, who started in nine of 11 games played, led Arkansas with 475 receiving yards and finished second on the team with 29 receptions. He did not catch a touchdown pass in 2019.