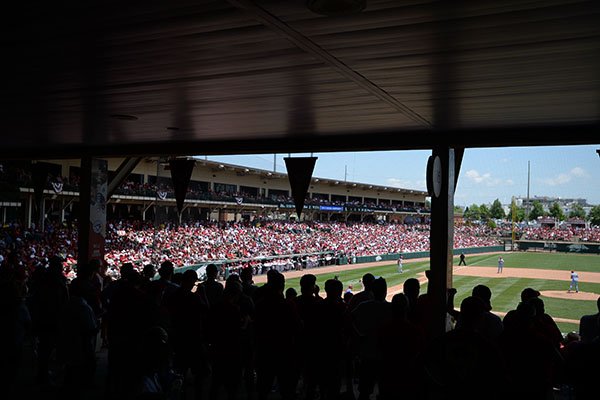 The crowd is shown during an NCAA super regional game between Arkansas and Ole Miss on Saturday, June 8, 2019, at Baum-Walker Stadium in Fayetteville.

FAYETTEVILLE — For the third consecutive season Arkansas has sold a record number of baseball season tickets.

There have been 7,001 season tickets distributed for next season when complimentary tickets are factored. Those tickets are given to families and friends of players, and athletics department personnel.

Baum-Walker Stadium has a listed capacity of 10,737, including about 8,000 permanent seats.

The Razorbacks are scheduled to open the season Feb. 14 with the first game of a three-game series against Eastern Illinois.