Arkansas' Brown beat out for Bowerman 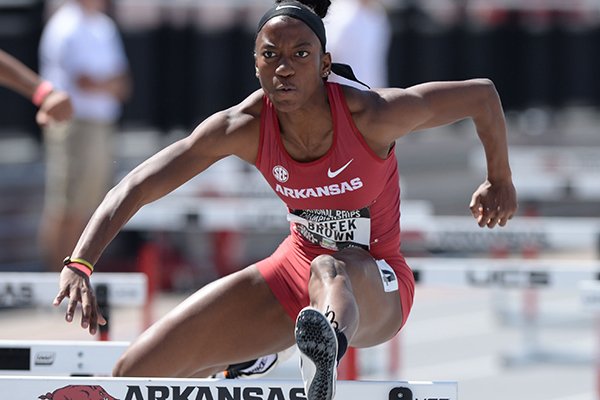 Arkansas' Janeek Brown clears a hurdle Saturday, April 27, 2019, while competing in the 100-meter shuttle hurdles during the National Relay Championships at John McDonnell Field on the campus of the University of Arkansas in Fayetteville.

Brown, who turned professional after her sophomore year, won the 100-meter hurdles at the NCAA Outdoor Championships and also took fourth in the 200 and ran on the Razorbacks’ third-place 400-meter relay to help the Razorbacks win the national title.