Atwater a finalist for Pro Football Hall of Fame 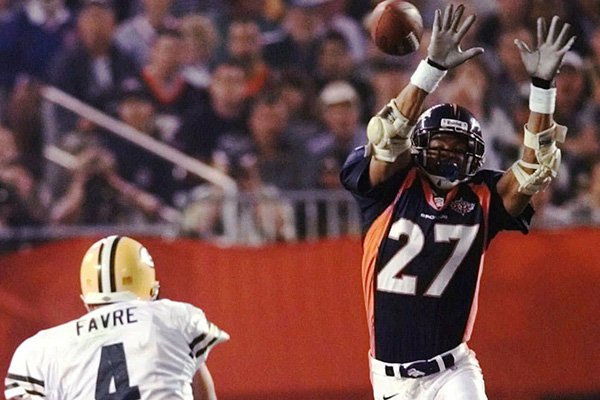 Atwater was named one of 15 finalists for the Canton, Ohio-based Hall of Fame on Thursday. The 2019 class of inductees will be announced Feb. 2 in Atlanta during week-long festivities leading up to the Super Bowl.

It is the second time Atwater has been a finalist for the Hall. He also was a finalist in 2016 and has been a semifinalist the past eight years.

Finalists must receive at least 80 percent of the votes from the Hall of Fame's 48-member selection committee to be inducted.

Atwater was a two-time Super Bowl champion, an eight-time Pro Bowler and two-time First-Team All-Pro safety with the Denver Broncos from 1989-98. He finished his career in 1999 after his lone season with the New York Jets.

Atwater was selected by the Broncos 20th overall in the first round of the 1989 draft and earned the nickname "Smiling Assassin" because of his big hits. Atwater started 166 games in his career - he missed only five games in 10 seasons in Denver - and recorded 1,180 tackles and 24 interceptions.

He was a two-time All-Southwest Conference player for the Razorbacks from 1985-88 and is the program's career leader with 14 interceptions. He was elected to the SWC Hall of Fame in 2018.

If inducted, Atwater would be the fourth former Arkansas football player to join the Pro Football Hall. Lance Alworth (1978) and Dan Hampton (2002) were inducted after long professional playing careers, and Dallas Cowboys owner Jerry Jones was inducted as a contributor in 2017.

Former NFL coach Jimmy Johnson, another former Arkansas player, has been one of 25 semifinalists for the past three years, but was not one of the 15 finalists named Thursday.