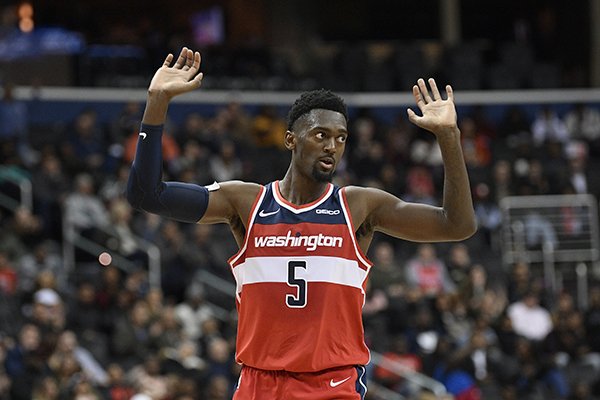 Washington Wizards forward Bobby Portis gestures during the second half of the team's NBA basketball game against the Cleveland Cavaliers, Friday, Feb. 8, 2019, in Washington. The Wizards won 119-106. (AP Photo/Nick Wass)

NEW YORK — The New York Knicks continued loading up on forwards, agreeing to a two-year deal with Bobby Portis.

The deal was confirmed on Twitter by Priority Sports, following a report by ESPN that Portis agreed to a $31 million contract.

The Knicks had earlier agreed to deals with Julius Randle and Taj Gibson.