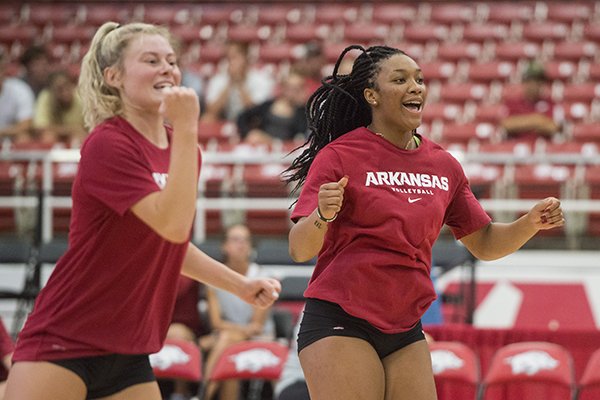 FAYETTEVILLE — Arkansas has been picked to finish ninth in the Southeastern Conference by the league's volleyball coaches.

Arkansas finished 11th out of 13 teams in the SEC last season. Vanderbilt does not sponsor a volleyball team.

Coaches can not vote for their own teams, and ballots are not made public.

The 2019 SEC volleyball season will begin on Aug. 30, and SEC play will start on Sept. 24. Arkansas has not released its schedule.