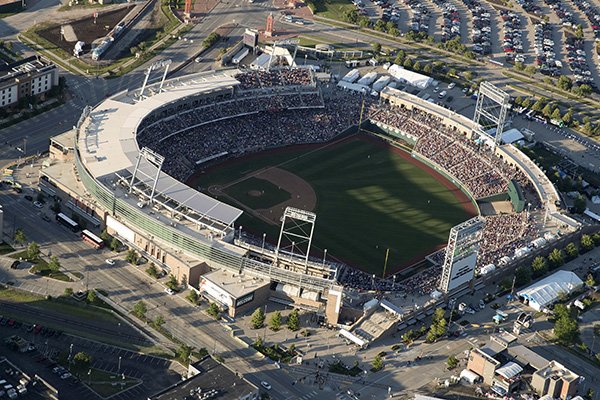 The biggest travesty in college athletics has nothing to do with the ridiculous notion that football and basketball players should be paid lucrative salaries to compete in their sports.

By far, the most monumental injustice in all of big-time intercollegiate athletics is happening in college baseball, where hundreds of “volunteer” assistant coaches are working full-time and not getting paid a salary or medical benefits, and thousands of players are leaving school in debt because they get only partial scholarships or no scholarship at all.

“For whatever reason, college baseball has always been the whipping child of the NCAA,” new FSU baseball Coach Mike Martin Jr. laments.

“At the College World Series, there are 30,000 people at every game and millions more watching on ESPN,” UCF head Coach Greg Lovelady says. “Our game is growing, but we’re still stuck in these archaic times when it comes to funding coaching and player scholarships. There’s a feeling in college baseball like we’ve been neglected and left behind.”

NCAA member schools should be ashamed of themselves for the cheap, chinchy way they treat college baseball’s players and “volunteer” coaches. This was brought to light by two of the most prolific figures in the sport during the just-completed College World Series in Omaha, Neb.

After his team was eliminated, Mississippi State senior center fielder Jake Mangum, one of the game’s best players, made an emotional plea to the NCAA for more scholarships and to pass a measure for transforming “volunteers” into a third full-time assistant. The legislation for a third full-time assistant was defeated in April when big-time, money-making leagues such as the Big Ten and Big 12 shamefully voted against it.

Vanderbilt Coach Tim Corbin, whose team beat Michigan to win the national championship, blasted the NCAA for turning down a proposal in April that would have made the “volunteer” position into a third full-time assistant. He eloquently and powerfully painted the picture of the typical unpaid volunteer’s life.

“I’m 32 years old,” Corbin described to the assembled media. “I’m married, I have a child, I leave the home at 7:30 every morning, I come back at 8, 9 at night. I do it Sunday through Sunday. I don’t get paid. I don’t get compensated. My wife stays home with a baby, can’t afford day care. And God forbid he goes to day care, gets sick; I don’t have benefits, so I can’t pay for that.

“I make camp money, I come home, put stress on my wife, can’t have another child. Costs money to have children; can’t do it. I’m a volunteer.”

Finally, Corbin, concluded: “It’s the most short-sighted-thinking aspect of our game that we’ve been a part of. We lose good people to other jobs, other sports. … They leave baseball because they can’t afford to stay in it. … Why that hasn’t been changed, why that hasn’t been turned over in the last couple of years is really, really sinful. It’s dehumanizing in so many different ways.”

UCF’s Lovelady says he’s seen these unpaid “volunteers” work overnight jobs and “sell bodily fluids” just to make ends meet. He’s seen them put off having a family because there are no medical benefits.The only money these “volunteers” get from their college programs comes in the form of a few thousand dollars per year they get for working the head coach’s summer baseball camps. And, sadly, Lovelady says, he’s seen many good coaches and good men simply quit and get out of the business because they couldn’t survive.

UCF’s volunteer assistant, Ted Tom, is 38 with a wife and two kids, but he is reluctant to paint himself as some sort of victim. He admits there are a lot of coaches who have it tougher than he does. After all, he’s been a head coach on the NAIA level and his wife has a good job with benefits. He says he is an outlier and that the third assistant’s position in college baseball should actually be for a young coach breaking into the business, but, then again, those young coaches aren’t so willing to break into a business where they’re working for free.

“I chose to come here and do this,” Tom says. “We’d all like to make more money and provide better for our families, but that’s not the case right now. Hopefully, something will change, but until it does, I’ll follow that dream of coaching baseball at the highest level. That’s what I’ve always wanted to do.”

Tom and many others say it’s the college baseball players themselves who are suffering the most because they aren’t getting the instruction, development and financial aid they deserve. The coach-to-player ratio in college baseball is the worst of any of the major intercollegiate sport, as is the number of scholarships.

In college football and basketball, essentially every contributing athlete is on a full-ride, full-cost scholarship. In college baseball, the 35 players on a typical roster must split 11.7 scholarships. Most players get about 40% of a scholarship; some players get none. And almost all players leave college tens of thousands of dollars in debt.

And you wonder why baseball is the whitest of all the major “ball” sports in college, with less than 3% of rosters made up by African-Americans? It’s pretty easy to figure out, isn’t it?

Explains Lovelady: “Minorities are getting pushed to other sports because they know they’re not going to get a full ride like they do in football or basketball; or they decide to forego college altogether and immediately sign a minor-league contract because of the financial burden college baseball puts on athletes. It’s difficult to convince kids from one-income families, single-parent families and — especially here in Florida — immigrant families that they should come to college.”

I just hope the suits and decision-makers are very happy counting all the money they made from ESPN TV rights, souvenir sales and the sold-out stadiums at the College World Series in Omaha.

The NCAA membership should be ashamed of itself.