ETSU infielder says he will transfer to Arkansas 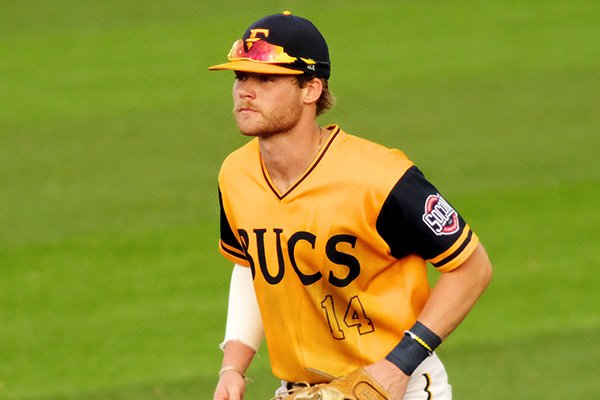 Smith (5-11, 180 pounds) will have one season of eligibility remaining at Arkansas and would have to sit out the 2020 season without a waiver for immediate playing time. He will be able to go through fall practice this year with the Razorbacks.

Smith started 160 of 161 career games at ETSU and was twice voted second-team All-Southern Conference. He began his career at third base before moving to second base in 2018.

Smith committed nine errors as a junior and had a fielding percentage of .963.

Smith is the third Division-I starting infielder to transfer to Arkansas in the past year.

Coby Boulware will be eligible in 2020 after sitting out the 2019 season following a transfer from TCU, where he started 54 games as a second baseman as a freshman.

Cole Austin, a former starting third baseman at West Virginia, announced last month he will transfer to Arkansas following two seasons at Arizona State, where he only played in 10 games because of a redshirt and an injury.

Excited to announce that I’ll be transferring to Arkansas to continue my academic and athletic career! #WooPig 🐗 @ Fayetteville, Arkansas https://t.co/fBzgPGnUja

CORRECTION: An earlier version of this story incorrectly stated Cole Austin's first name. It has been corrected.