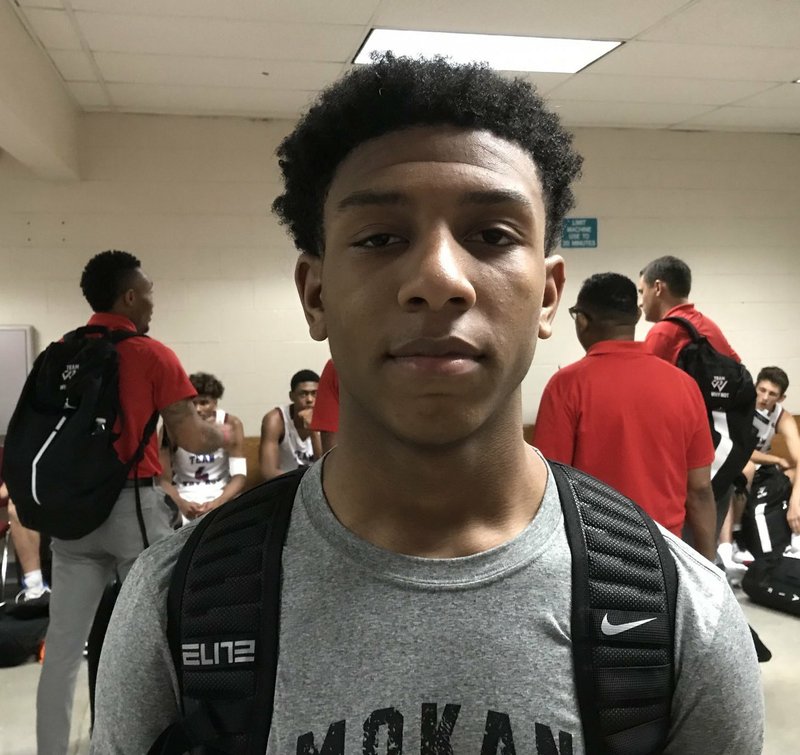 “Arkansas has been recruiting me really hard,” Chandler said. “I’ve just been staying in touch with them. They’ve been texting me and calling me. It’s been a good process so far.”

All of Arkansas' coaches stay in contact with him.

“They’ve been checking up on me, all the coaches,” Chandler said. “The whole coaching staff; not just one, all of them. So they’re really checking to seeing how I’m doing and what I’m doing.”

ESPN rates Chandler a four-star recruit, the No. 7 point guard and the No. 38 overall prospect in the nation for the 2021 class. There’s little doubt he plans to visit Fayetteville after attending the Chris Paul camp and the USA basketball trails in late July.

“For me, I know I’m going to take a visit down there, but I’ve just been busy because after this (Peach Jam),” he said. “I’m definitely going visit down there as soon as possible and see the campus and talk to coaching staff and see how it goes.”

Chandler led the Saints to a 29-2 record and the DII-AA state championship and was named the tournament MVP. He received the DII-AA Mr. Basketball award after averaging 19.5 points, 4 rebounds and 3.1 assists. He was also named to the MaxPreps sophomore All-American second team.

While he might be the smallest athlete on the floor, he’s fearless going inside the paint.

“I just play real hard,” he said. “If someone is in front of me, I’m not going to let them stop me. I’m going to keep going and go as hard as possible and take good shots and set up my teammates for their shots. I’m a playmaker that finds my teammates open and gets my shot and attacks the basket.”