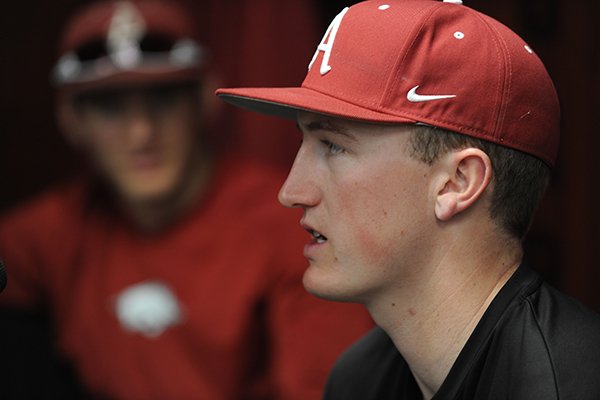 This has been a breakout season for pitcher Zach Jackson of the Buffalo Bisons, the Class AAA affiliate of the Toronto Blue Jays, and he can point to one game in particular that got it started.

Buffalo held a 1-0 lead over the Rochester Red Wings (AAA Twins) on May 21 when Jackson came out of the bullpen in the bottom of the fifth inning. In two innings of work, Jackson retired the side in order — striking out two of his first three batters in the process — and earned his second win of the season as part of the Bisons’ 5-0 victory.

“I had a good outing after a pretty rough start [to the season],” Jackson told Joe Kraus of MILB.com. “It kind of made things easier, seeing that I could get guys out at this level. My confidence turned a little bit, and my pitches started to get a little better.”

Since then, Jackson has emerged as one of the more reliable arms in the Bisons’ bullpen, yielding 3 runs (2 earned) on 12 hits with 27 strikeouts over his last 271/3 innings through Thursday. Along with a team-high six victories, the 24-year-old right-hander saw his ERA drop from 5.68 to 2.84 over the past month.

Jackson credited the Bisons’ recent surge — winners of 22 of their past 31 games — as a result of a complete team effort.

“Our pitching and our hitting are starting to coincide with each other,” he said. “When those start running together, those make you a hard team to beat.”

Bisons Manager Bobby Meacham said Jackson has thrown “good stuff” since they first met in spring training earlier this year. Yet the young reliever dealt with a problem other young athletes face — finding his confidence.

Drew Smyly is another pitcher who seems to have found his footing.

Smyly was released by the Texas Rangers on June 25 after posting a 1-5 record with an 8.42 ERA in his first season after recovering from Tommy John surgery in June 2017.

“He’s shown glimpses of being the guy he has in the past,” Rangers Manager Chris Woodward told Evan Grant of the Dallas Morning News in June. “I don’t know if it takes a little while longer for things to come together after you’ve missed as much time with an injury as he has. But his stuff plays up when he executes. When he doesn’t, it doesn’t.”

He signed a minor-league deal with the Milwaukee Brewers on July 1 and was assigned to their Class AAA team in San Antonio. In two starts for the Missions, Smyly is 1-0 with a 3.00 ERA. The victory came Thursday at home against the Omaha Storm Chasers (AAA Royals), in which he allowed 2 earned runs on 3 hits with 3 strikeouts in 5 innings of a 9-2 victory.

Shortstop Jack Kenley was promoted Thursday for the second time in three weeks as he was sent up to the West Michigan Whitecaps (A Tigers) from the short-A Connecticut Tigers. After batting .438 in four games for the Tigers’ Gulf Coast League rookie team, Kenley was sent up to Connecticut on June 30.

Pitcher DJ Baxendale was placed on the 7-day injured list by the Rochester Red Wings (AAA Twins) on Thursday, retroactive to Monday, with a lower back strain. Baxendale has struggled this season, posting a 4-4 record with a 6.25 ERA in 21 appearances.