Musselman straight to the point with ESPN 5-star 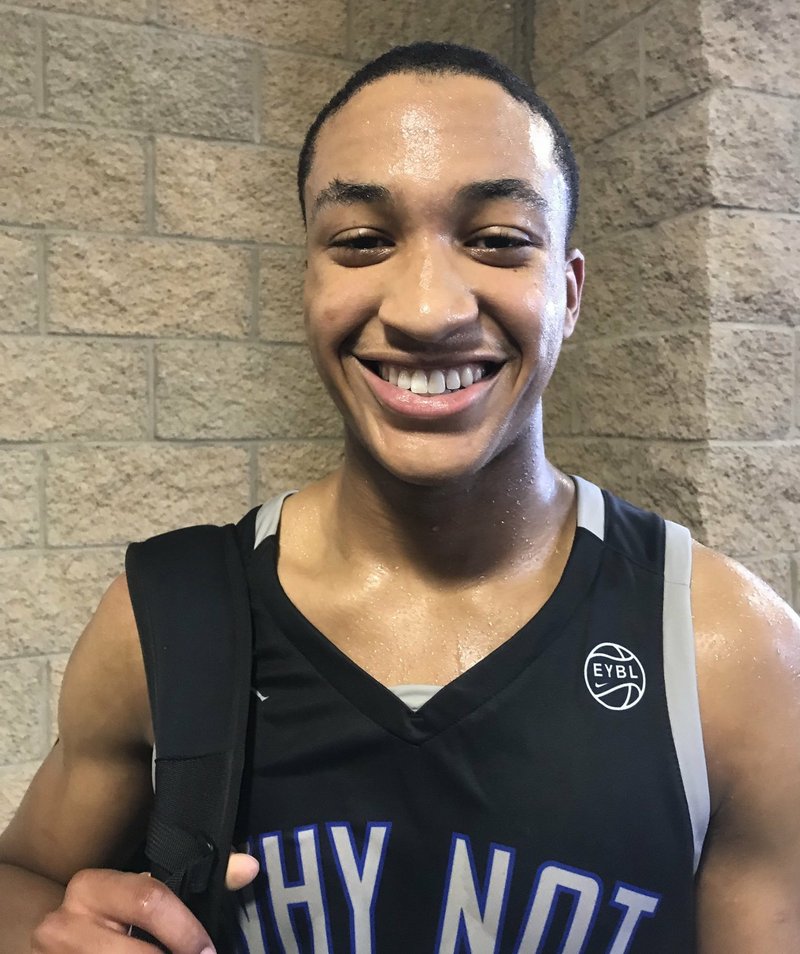 “I just like how he keeps it real,” Burnett said. “How he’s straightforward and how he pushes his guys to be the best. That’s a type of coach I want to be associated with.”

He and Team Why Not suffered a heartbreaking 85-84 loss to Mokan Elite in the Nike EYBL Peach Jam Championships on Sunday with Arkansas assistant Clay Moser on hand. Musselman, Moser and associate head coach Chris Crutchfield attended his quarterfinal game earlier in the day.

He was named third team All-EYBL after averaging 20.4 points, 3.7 rebounds, 3.2 assists and 1.8 steals while shooting 45.9 percent from the field and 32.4 percent beyond the 3-point line during the regular season.

“I talked to coach Musselman the other day and we had a good conversation,” Burnett said.

Burnett, who moved to California from Chicago two years ago, played for highly regarded Mac Irvin Fire before playing for California-based Team Why Not this year.

It looks like he’ll make his way to Arkansas for a visit.

“It’s a huge possibility that I visit,” he said. “Like I said, I like coach Musselman and the rest of the staff. It would be an honor to visit.”

Whether the trip to Fayetteville will be an official or unofficial visit is up in the air.

“Not 100 percent sure. It could be either one,” he said. “Maybe an unofficial so I can try things out so I can still have five officials.”