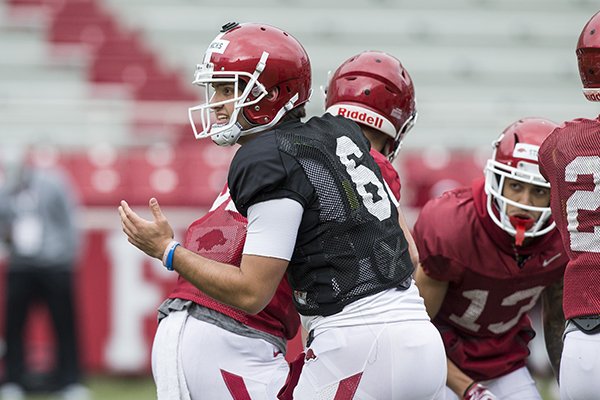 HOOVER, Ala. — Two Southeastern Conference Western Division programs hope transfer quarterbacks can give them a boost in the standings.

Both schools expect the competition to be settled during preseason camp.

"The sooner, the better because I want our team to rally around that guy," Arkansas coach Chad Morris said on Wednesday at SEC media days.

Arkansas is trying to improve on last year's 2-10 season, which included a 0-8 mark in the SEC. Hicks threw for more than 9,000 yards over three seasons at SMU and played the first two seasons under Morris, who then took the Arkansas job.

Starkel, who is a junior, was Kellen Mond's backup at Texas A&M last year but threw for 1,793 yards as a freshman.

Mississippi State is looking for a new quarterback after the departure of three-year starter Nick Fitzgerald. The Bulldogs were 8-5 last season, but struggled at times on offense, especially through the air.

Moorhead coached Stevens early in his Penn State career when he was the school's offensive coordinator.

"I think Tommy is a kid with a lot of physical tools," Moorhead said. "Strong arm. He can really run. He's accustomed to the system so he's going to understand it for the most part coming in.