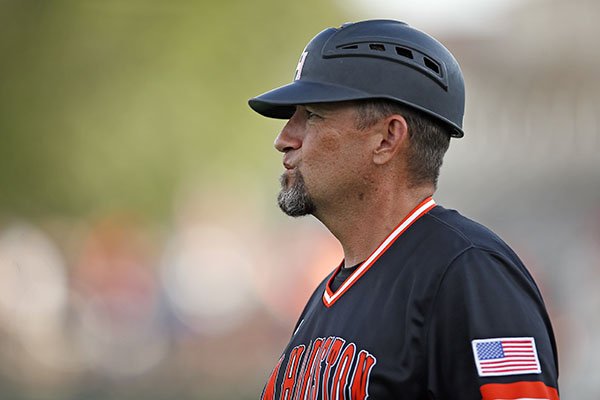 Matt Deggs, a former Arkansas assistant baseball coach, will be the next head coach at Louisiana-Lafayette, the school announced in a tweet Wednesday.

Deggs spent the past five seasons as head coach at Sam Houston State in Huntsville, Texas, where he compiled a record of 187-118 and took the Bearkats to two NCAA Tournaments.

In 2017, Deggs led the Bearkats to the super regional round of the tournament.

Deggs spent three seasons as an assistant coach under Tony Robichaux at Lafayette prior to taking the Sam Houston State job following the 2014 season. Robichaux, who was the Ragin' Cajuns' head coach for 25 seasons, died July 3 following a heart attack 10 days earlier.

Deggs was the hitting coach for three seasons at Arkansas from 2003-05, and was also on assistant coach on Dave Van Horn's staff at Northwestern State from 1996-97. Deggs is one of six former Van Horn assistant coaches who are active head coaches in NCAA Division I.