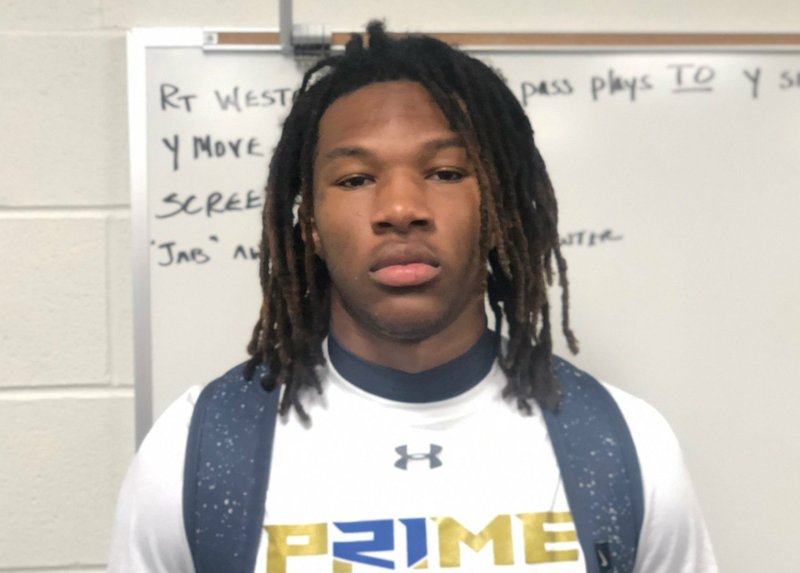 Highly regarded junior linebacker Clayton Smith is looking to soak in what Arkansas has to offer while attending Friday's Fall Kickoff Cookout.

“I’d like to hear their plans for me and get a taste of going to school there,” Smith said. “(I'd like to) see the city, meet the players, build a relationship with the coaching staff and take it from there.”

Smith, 6-4, 220 pounds, of Texarkana, Texas, has 10 scholarship offers from schools such as Arkansas, Texas, TCU, LSU, Oklahoma, Nebraska, Ole Miss and others.

He is being recruited by associate head coach and running backs coach Jeff Traylor, who has secured four commitments from east Texas in the 2020 class.

“He’s a cool guy,” he said. “Good personality and he’s an east Texas native, I believe.”

He said Traylor sold him on the idea of visiting for the cookout.

“He sent me the flyer and mentioned that I haven’t been here yet,” Smith said. “I’m interested in Arkansas and curious.”

Smith, who will be accompanied by his mother, little brother and girlfriend on the visit, knows of Arkansas freshman receiver TQ Jackson, another east Texas product.

He’s aware of the reputation of the Sam M. Walton College of Business, too.

“(That is) another thing that stands out (about Arkansas),” Smith said.

The Razorbacks fans on Twitter have made a major impact on Smith.

“One, their fan base is ridiculous,” he said. “Every offer I get and visit I take, under every picture there’s about 10 #WPSs."