Arkansas to host Tulsa in December 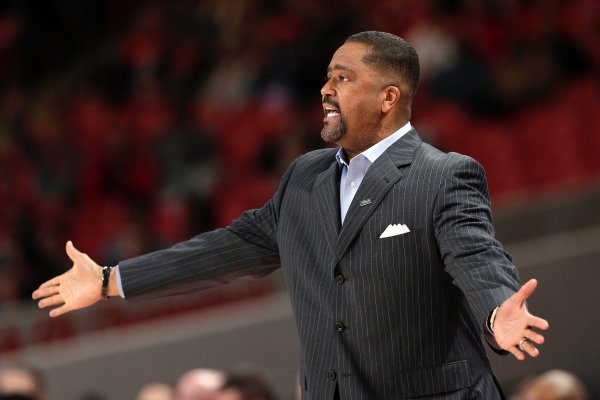 Tulsa coach Frank Haith reacts to a foul call during the first half of the team's NCAA college basketball game against Houston on Wednesday, Jan. 2, 2019, in Houston. (AP Photo/Michael Wyke)

FAYETTEVILLE — Arkansas will play Tulsa on Saturday, Dec. 14 at Bud Walton Arena, according to the Golden Hurricane’s nonconference schedule that was released Monday.

The game is the first in a home-and-home series between the schools.

Tulsa, coached by Frank Haith, is the seventh known nonconference opponent for the upcoming season and fifth known nonconference date for Arkansas. The Razorbacks are scheduled to host Rice on Nov. 5, host North Texas on Nov. 12 and play at Georgia Tech on Nov. 25, and are under contract to return games at Indiana and Western Kentucky.

Arkansas will also host TCU in the Big 12/SEC Challenge on Jan. 25, 2020. The schools have not played since the Razorbacks' final season in the Southwest Conference in 1991.

Arkansas leads the all-time series against the Golden Hurricane 36-24. The programs have not met since Jan. 2, 2007, when the Razorbacks defeated Tulsa 68-59 in Fayetteville.

Tulsa finished the 2018-19 season with a 18-14 overall record and 8-10 mark in the American Athletic Conference. The Golden Hurricane return two of their top three scorers from last season, including Martins Igbanu (12.5 points per game) and Jeriah Horne (10.1).