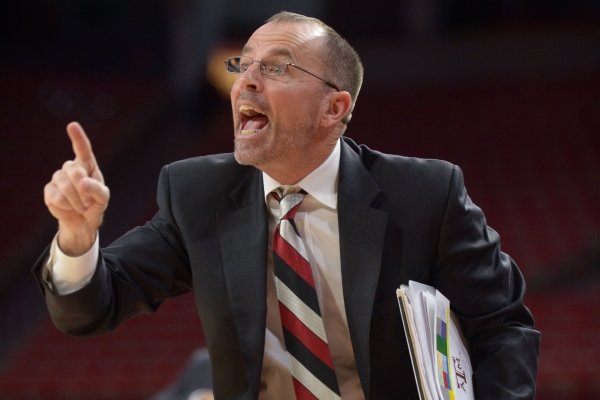 Arkansas assistant coach Todd Schaefer directs his players against Texas A&M's Thursday, Feb. 22, 2018, during the second half in Bud Walton Arena. Visit nwadg.com/photos to see more photographs from the game.

“Today’s announcement is simply a public recognition of what everyone in and around our program has known for the last three years,” Neighbors said in a release. “None of our success would have been possible without Todd Schaefer being with us.

"Coach Todd has helped shape our identity on the court and has reinforced our culture off of it. He has had a major impact on every aspect of our program.”

Schaefer has spent the last two seasons with the Razorbacks following one season under Neighbors at Washington in which the Huskies reached their second consecutive Sweet 16. Prior to his stint at Washington, Schaefer worked for three seasons at Ole Miss.

“I strongly believe in what we are doing here,” Schaefer said. “I believe in our on-court philosophy. But more than that, I believe in the culture of trust between coaches and players we have built here at Arkansas. It’s really unique in this day and age, and it’s something I embrace. I love working in this office and for this program.”