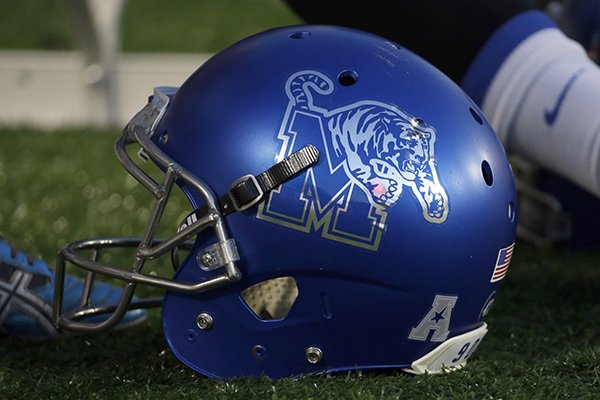 A Memphis helmet sits on the ground before an NCAA college football game against Houston Saturday, Nov. 14, 2015, in Houston. (AP Photo/David J. Phillip)

The teams have not met since Arkansas defeated Memphis 23-9 in 1998. The teams played five times in the 1990s and the Tigers lead the series 3-2.

"I am excited for our fans throughout Arkansas extending into Memphis this series has come to fruition," Arkansas athletics director Hunter Yurachek said. "Based on the proximity of the two institutions and their respective fan bases, I believe these games will generate tremendous interest."

Arkansas has also scheduled a home game against Notre Dame for the 2025 season. The home games against Memphis are the Razorbacks' first scheduled games in 2026 and 2028.