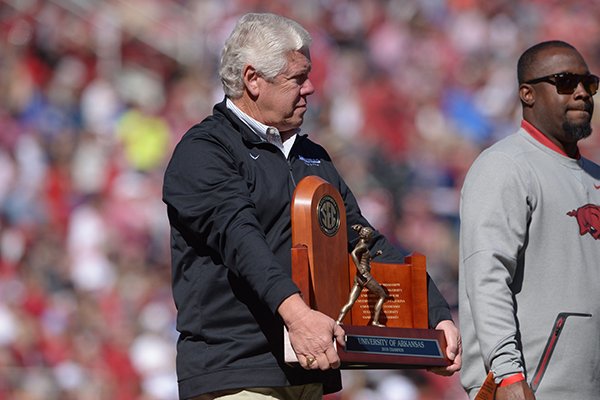 Arkansas coach Lance Harter holds an SEC championship trophy during an on-field recognition at the Razorbacks' football game against Tulsa on Saturday, Oct. 20, 2018, in Fayetteville.

Harter led the Razorbacks to the NCAA women’s national championship in Austin, Texas, earning 64 points in 10 events including titles in the 100 hurdles and pole vault and runner-up finishes in the 5,000 and 1,600 relay.

Johnson, who coaches sprinters, saw his athletes earn 39 of the 64 points.