Ledbetter likes what he sees in CWS-bound Hogs 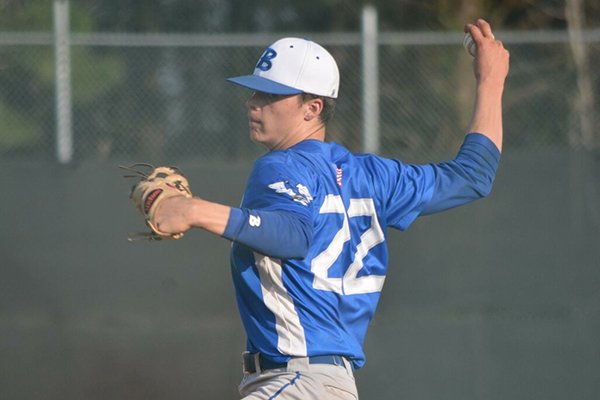 Bryant freshman Austin Ledbetter is the third member of his family to commit to the Razorbacks.

Bryant junior Austin Ledbetter (6-foot-1, 190 pounds) has many paths to college success as he could be a great shortstop, a great pitcher or maybe even as a quarterback.

But as of now, his path is as an Arkansas 2021 baseball commit, who is excited about watching the Razorbacks play in a second straight College World Series.

"I was thrilled to see the team going back," Ledbetter said. "I feel as if it's a huge accomplishment this year because of the loss of many key players from last year's team.

Arkansas came within an out of winning the national championship last season and has been one of the nation's top teams all year in its quest to get back to the CWS championship series.

"I think they just need to keep doing what they are doing, they are the best hitting team in the country period," Ledbetter said. "I feel like they have huge momentum going into the World Series and have the best chance to win it, they just have to play their game and minimize errors."

That goes along with Arkansas' 2019 recruiting class being ranked 14th and its 2020 one tabbed second nationally.

"I'm excited for Coach Van Horn and the team and excited for what the future has in place for the program," Ledbetter said.

"I can see Braylon being one of the top players at the college level," Ledbetter said. "He's fast, strong, can hit with the best of them and has a very good glove. Definitely, a future starting center fielder for the Hogs."