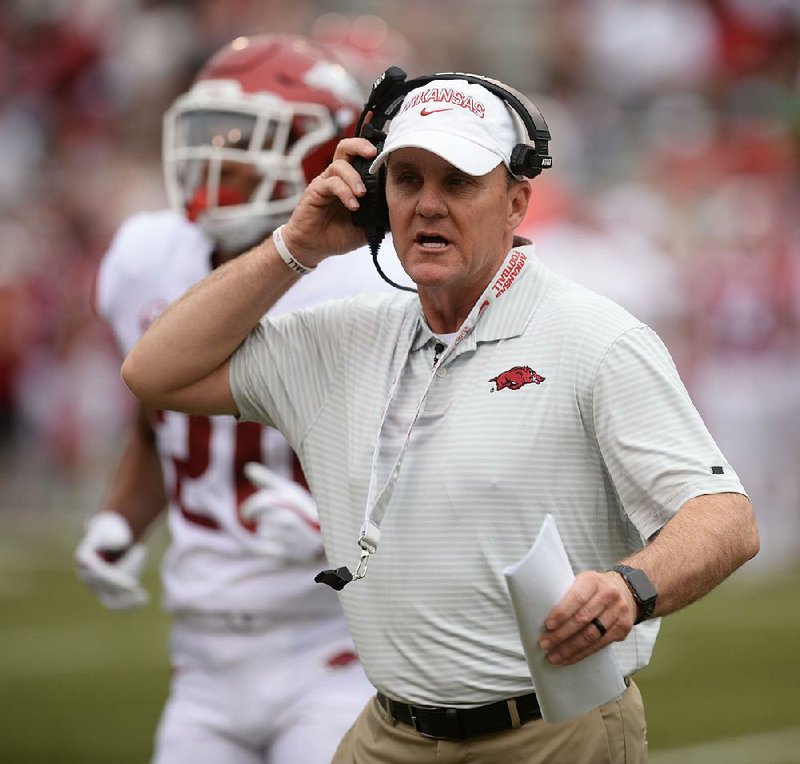 Two of Oklahoma's top junior prospects were standouts at the University of Arkansas Hog Wild Elite camp on Saturday.

He left Fayetteville with his 10th offer from the Hogs.

"I'm completely open," Downs said of his recruitment. "A lot of people ask me all the time you narrowing it down yet. But I still have a long ways to go and I'm keeping it open as possible."

He enjoyed his first trip to Fayetteville.

"The coaching staff is pretty cool and friendly," Downs said. "Just being around Arkansas, it's beautiful campus, beautiful town. It's not crammed like a lot of the others."

Being recruited as a defensive end, Downs was able to pick up some tips from defensive ends coach Steve Caldwell.

"I learned a lot," Downs said. "We had a film session of going over drills that we ran and 1-on-1's. Just learning and taking something I can take back to my high school."

Junior receiver Bryce Stephens also made his first trip to Arkansas and stood out by running a blistering 40-yard dash during the camp.

"It was great, the coaching staff was extremely welcoming and I was just thankful to be there," Stephens said. "Just meeting the players and the staff seeing how excited they were to have me there was really great."

Stephens, 6-1, 165 pounds, of Oklahoma City Marshall turned heads with a recording of an electronic 4.56 seconds in the 40 yard dash. Electronic times are usually a ten to two-tenths slower than a handheld time.

"He's a great coach, expects nothing, but the best out of me and really appreciate him for taking his time and working with me," Stephens said.

Stephens, who recorded 43 receptions for 1,004 yards and 15 touchdowns as a sophomore, said the trip helped Arkansas' cause in trying to land him.

"Definitely, Arkansas was better than I expected, just feels like a great place to be," Stephens said.

Saturday's visit won't be his last time to Fayetteville

"Yes, haven't decided when, but definitely plan to," Stephens said.