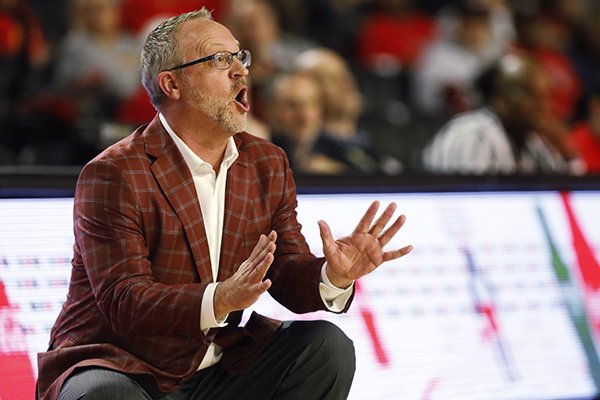 FAYETTEVILLE — Arkansas will host Kansas State in the Big 12/SEC Challenge for women's basketball next season.

The game is scheduled to be played on Saturday, Dec. 7 at Bud Walton Arena in Fayetteville. A game time has not been announced.

Kansas State is coming off a 21-12 season that ended with a loss to Michigan in the first round of the NCAA Tournament. The Wildcats return their leading scorer, Peyton Williams, who averaged 15.8 points per game last season.

The Razorbacks and Wildcats have not played since December 2009. K-State leads the all-time series 3-2.

Arkansas is playing the Big 12/SEC Challenge for the sixth time. The Razorbacks lost 91-82 at Iowa State in the challenge last season, part of a 5-5 split between the conferences.

Other known dates for Arkansas next season include home games against New Orleans on Nov. 8, Oral Roberts on Nov. 14 and Belmont on Nov. 20, and a road game at California on Nov. 24. The Razorbacks will also play Arkansas-Little Rock at Verizon Arena in North Little Rock on a date to be announced.