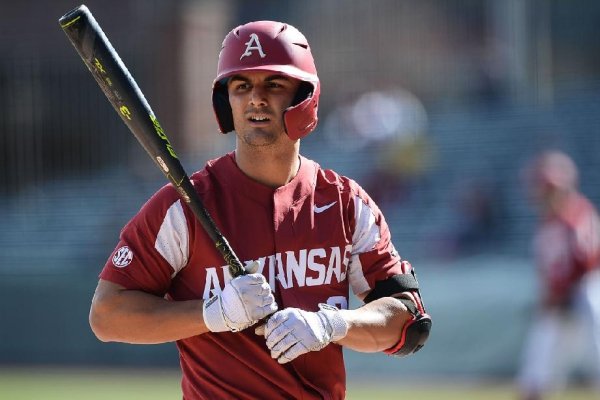 McFarland, who is in the NCAA transfer portal, hit .238 in 24 games played - 15 starts - as a junior. Only freshmen Trey Harris and Curtis Washington started fewer games this spring.

"He’d like to go to another Division I school, and hopefully he gets an opportunity to play right away," Van Horn said at his end-of-season press conference at Baum-Walker Stadium. "He just wants to play."

Van Horn added he doesn't blame McFarland, a Waterloo, Ill., native, for exploring his options. Arkansas' staff will do what it can to help him gain eligibility in 2020.

"He’s been here for three years, and hasn’t hardly played. He’s a good kid," Van Horn said. "He did a nice job for us just keeping a great attitude all year. Hopefully he can find the right fit for him."

He hit a home run and drove in two runs in seven SEC games this season.

McFarland is the only player on the 2019 roster who has expressed a desire to transfer, but more are possible this summer due to large roster size.