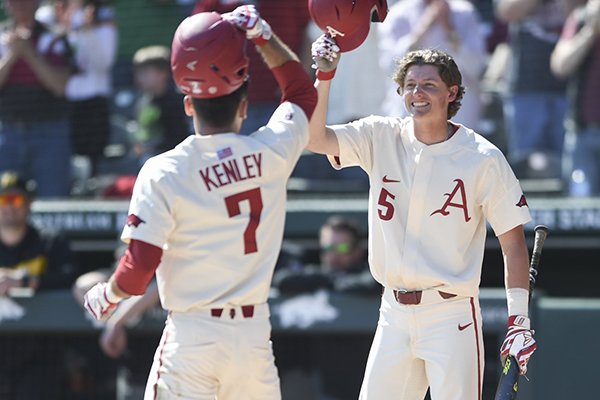 Nesbit went 8-for-19 with 7 RBI during five games last week at Texas and Alabama, and extended his hitting streak to 14 games. Nesbit hit his first career home run late during the Razorbacks' 12-3 win over Alabama on Friday.

Batting primarily eighth in the batting order, Nesbit has reached base in 21 consecutive games. He leads the team with a .346 batting average.

Arkansas (20-4, 5-1 SEC) was 3-2 in last week's games. The Razorbacks split the two-game series against Texas and won the series at Alabama with a 10-2 victory in Sunday's rubber match.

Arkansas is scheduled to finish its six-game road swing at Missouri State on Tuesday at 6:30 p.m. The Razorbacks return to Baum-Walker Stadium this weekend for a three-game series against No. 22 Ole Miss.