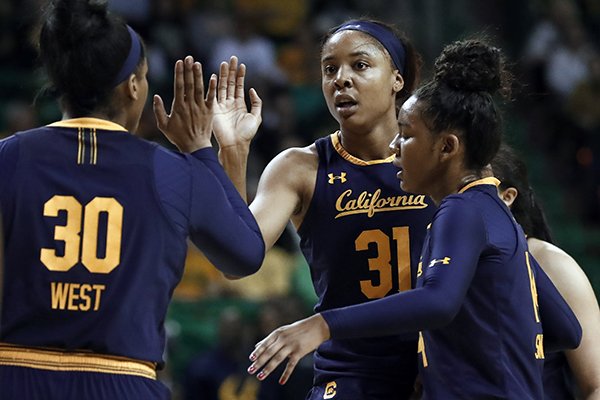 FAYETTEVILLE — Arkansas will begin a women's basketball home-and-home series with California later this year, according to documents obtained through an open records request.

The Razorbacks and Golden Bears are scheduled to play on Nov. 24 at Haas Pavilion in Berkeley, Calif., and will meet the following season at Bud Walton Arena in Fayetteville.

The Razorbacks have played Cal three times, but not since Arkansas won 112-80 in the 1987 NWIT championship game.

The teams played twice in 1982, including Arkansas' first appearance in the AIAW Tournament, a 66-62 loss to Cal in Berkeley. The Razorbacks lead the series 2-1.

Other known dates for Arkansas next season include home games against New Orleans on Nov. 8, Oral Roberts on Nov. 14 and Belmont on Nov. 20.