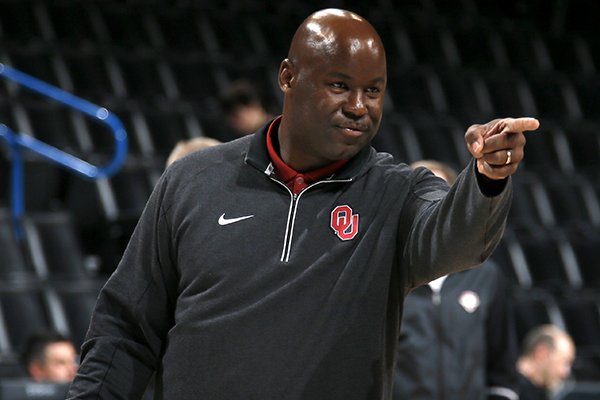 On Friday, Musselman hired Chris Crutchfield as an associate head coach on his first Arkansas staff. Crutchfield spent the previous eight seasons on the Oklahoma staff under Lon Kruger, and is the second known assistant coach hired by Musselman.

In Crutchfield’s tenure at Oklahoma, the Sooners advanced to the NCAA Tournament in six of his final seven seasons, including the 2016 Final Four. Oklahoma won 29 games in 2015-16, sixth-most in program history.

Crutchfield played a key role in recruiting as well, helping secure the signatures of 2016 National Player of the Year and two-time Big 12 Player of the Year Buddy Hield, and Trae Young, the first five-star prospect to sign with Oklahoma during Kruger’s tenure.

Crutchfield was also an assistant at Texas-San Antonio for the 1996-97 season before becoming the head coach at Tyler (Texas) Junior College from 1999-2001.