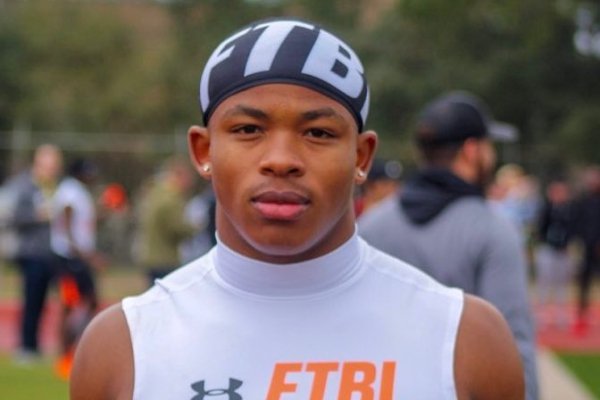 Former Arkansas Razorbacks great Darren McFadden retired from the NFL in 2017, but his name still resonates with high school prospects, including a newly offered all-purpose running back.

Sophomore Brandon Campbell (5-11, 195) of Pearland, Texas, received his eighth offer from Arkansas on Monday to go along with offers from Virginia Tech, Houston, Memphis, UAB and others.

“He’s a beast,” said Campbell, who's looking to visit Arkansas in June. “They put a lot of running backs in the league and that made me excited because that’s what I’m looking for, and I feel like they have the right system that could fit me."

Campbell was named the running back MVP of the Houston Opening Regional after recording a rating of 126.33, the second highest rating for a 2021 prospect in the nation. He recorded an electronic 4.58 seconds in the 40-yard dash, 4.07 pro shuttle, 41.5-foot power ball throw and 36.4-inch vertical.

Arkansas associate head coach Jeff Traylor visited Pearland in the spring to watch Campbell. His coach told him to call Traylor on Monday.

“He said, ‘How would you like to get an offer to come play for the University of Arkansas?’ And I told him I would love it,” Campbell said. “I was really excited. It was my first SEC offer. I’m glad he and the coaching staff had confidence in me.”

Campbell rushed 131 times for 676 yards, five touchdowns and had 13 receptions for 198 yards and two touchdowns this past season at Katy Taylor.

He’s humbled by the scholarship offers, but knows the offers are a byproduct of hard work.

“At the same time because I know what I’ve done,” he said. “I know the work I’ve put in. I’m kind of expecting it. I just take it as it comes. I’m excited, but I just keep working hard.”

Campbell, who has a 3.4 grade point average, is a big fan of detective movies, which have inspired him to consider police work after football.

“I want to get into law enforcement, like, detective or CIA - that type of stuff,” Campbell said.