Hobbs pulls out of Yankees search, will remain at Arkansas 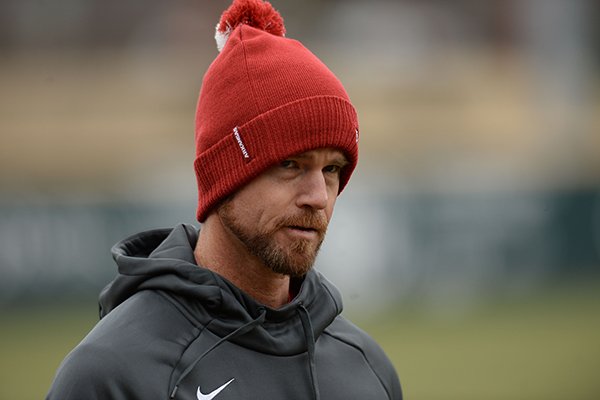 FAYETTEVILLE — As University of Arkansas Coach Dave Van Horn expected, Matt Hobbs is staying on as the Razorbacks’ pitching coach.

Hobbs interviewed for the job to be the New York Yankees’ pitching coach earlier this week, but he has withdrawn his name from consideration, an Arkansas spokesman confirmed on Saturday.

“I feel like Matt Hobbs is going to be our pitching coach for a long time,” Van Horn said on Friday. “For him to leave here they’re going to have to really compensate him in a big-time way.”

Hobbs has an annual salary of $230,000 going into the second year of a three-year contract he signed with Arkansas after being Wake Forest’s pitching coach the previous four seasons. He received a scheduled $10,000 raise this year and will receive another $10,000 raise in the contract’s third year.

The Yankees fired Larry Rothschild, who had been their pitching coach since 2011.