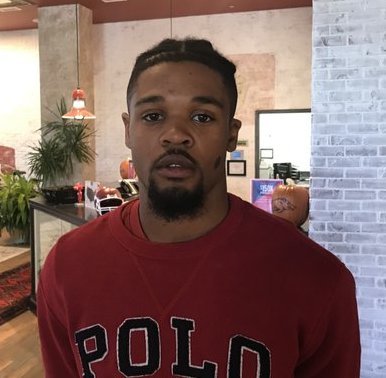 Versatile defensive back Mike Harris has committed to Arkansas during his official visit to Fayetteville this weekend.

“I had a chance to be back with my brother and spend a lot of time with the coaches,” Harris said. “He’s saying it’s a great place to be at and safe place. It’s more of a place that you are more likely to succeed because because you don’t have any outside trouble around.”

Harris has recorded 22 solo tackles, 28 assists and has recovered a fumble so far this season as his team enters the playoffs next week. National recruiting analyst Tom Lemming rates him a 3-star recruit.

Being able to check out Arkansas’ facilities was the highlight of Harris’ trip.

“I always love seeing the facilities every time I go out on a visit,” he said.

He and Spivey led the Red Devils to a 14-0 record and the Class 7A state championship last year. He was hosted by Spivey.

“He showed me more of the city outside more than just football,” Harris said. “It feels like home and I can be with my brother, someone I’m comfortable being around.”

“They’re some great coaches,” Harris said. “I love them. I got a chance to talk to them and sit down with them and learn more about them.”

Harris, who was clocked at 4.3 seconds in the 40-yard dash at Alabama and LSU camps, is being recruited to play cornerback for the Razorbacks, but could also play nickel or safety.

His highlight video shows excellent closing speed along with being physical.

“My heart is bigger than my size,” he said. “Most people have size, but most people don’t have the heart to come down and just hit someone. Every time I see someone with a different jersey, it’s just fun for me to hit somebody.”