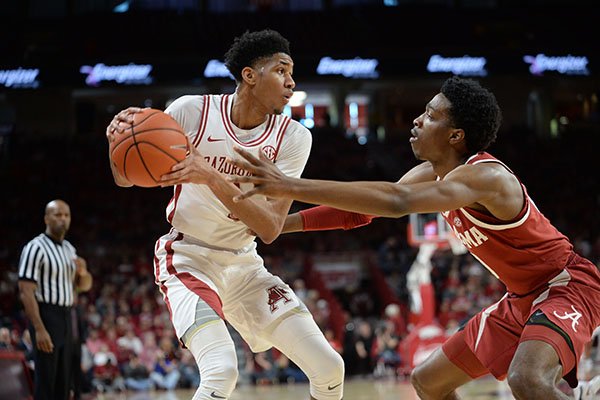 FAYETTEVILLE — Arkansas guard Isaiah Joe, a 6-5 sophomore from Fort Smith Northside, was voted to the preseason All-SEC second team by the conference's coaches, it was announced Monday.

Joe was among 19 players voted by the coaches to the All-SEC first and second team: