More talent needed at all positions 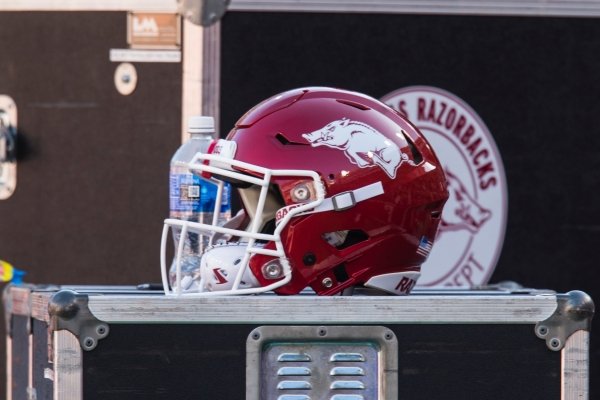 No matter who is leading the Arkansas football program next season, he has one simple task: Try to recruit better players at every single position than he is putting on the field right now.

Don’t get me wrong. There are some good football players on the current roster, even some who will likely go on to play in the NFL.

There’s just not enough of them, whether it be the first 22 he sends out on the field or the rest of those that make up the scholarship total of 85 and an entire squad of 105.

This thought is center stage in my mind this week as former Charleston star and Arkansas quarterback Ty Storey shows up in his old stadium wearing a Western Kentucky jersey.

Storey, one of the best kids I have ever been around in my nearly 40 years inside and covering the Razorback program, is connecting on nearly 70 percent of passes this season for a 5-4 team.

That’s much better than the 57 percent clip he had while at Arkansas last season, the first where he got a chance to quarterback his beloved Razorbacks.

Both Storey and fellow former quarterback Cole Kelly, who transferred to Southeastern Louisiana after last season, were vilified by the Arkansas fans for their play last season.

Anyone who claims that didn’t happen is just practicing revisionist history.

I do wonder if both Storey and tailback Rakeem Boyd had not gotten hurt in a loss against Ole Miss last season, a game that Arkansas seemed on the verge of winning, if Storey would still been here and Arkansas would have more wins.

In the be careful what you wish for department, Razorback coaches and fans craved adding in new options at the position.

Storey and Kelly were not run off, but they made their choices when it became clear the current Arkansas coaches were intent on out-recruiting them.

That’s exactly what a college coaching staff is supposed to do, regardless if that player is from the state of Arkansas, where I have lived my whole life and will never leave whether I have one day or five decades left.

Yes, this current staff has made some questionable coaching moves that have cost them a couple of wins, but it will always be more about the Jimmies and Joes - or Darren McFadden and Frank Ragnow - than it is about the Xs and Os.

The simple truth about Arkansas recruiting is that Chad Morris and his staff delivered one of the best hauls of talent this program has seen in the modern era and did so while going through a 2-10 season.

That 2019 class, which has seen many of its members hit the field early and some curiously held back, came in 23rd nationally.

But the sad truth is that class, which had a whopping 11 four-star prospects, was still just 10th among the 14 SEC teams in recruiting rankings.

This year’s class is ranked 40th in the same rankings and stands at 14 pledges with last Sunday’s addition of Phenix City (Ala.) Central three-star defensive back Mike Harris (6-0, 180), whose offers are better than his ranking.

The Razorbacks’ 2020 class has two four-star prospects and 12 three-stars - a class that is ahead of only Missouri and Vanderbilt among SEC teams.

The class ranking varies among the three services that make up the composite ranking with ESPN having it at 35, 24/7 placing it at 38 and Rivals coming in at 53.

This situation isn’t going to get corrected overnight, but it will be interesting to see how the young talent on this team plays in the last three games.

But rest assured, they need a December, January and February to remember just as much, if not more, than they need a great November.