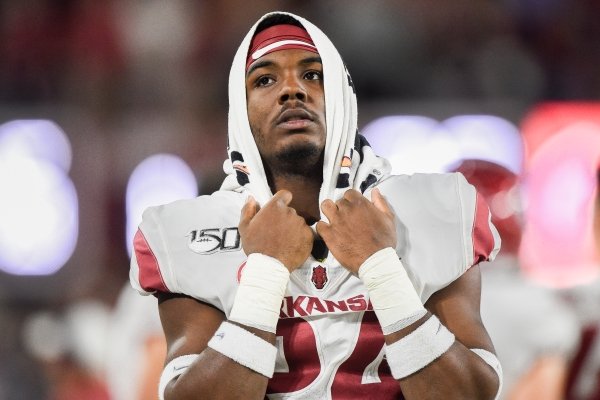 Arkansas running back A’Montae Spivey (24) reacts, Saturday, October 26, 2019 during the third quarter of a football game at Bryant-Denny Stadium in Tuscaloosa, Ala.

He is serving a one-game suspension for an undisclosed violation of team rules, according to a UA spokesman.

Spivey, who is redshirting, played in his first game last week against Mississippi State. He had three carries for 14 yards, but lost a fumble on what turned out to be the Razorbacks’ last offensive snap of the game. He had a long run of 11 yards.

Spivey was a three-star recruit at Phenix City (Ala.) Central High School and as a senior rushed 183 times for 1,363 yards and 19 touchdowns.