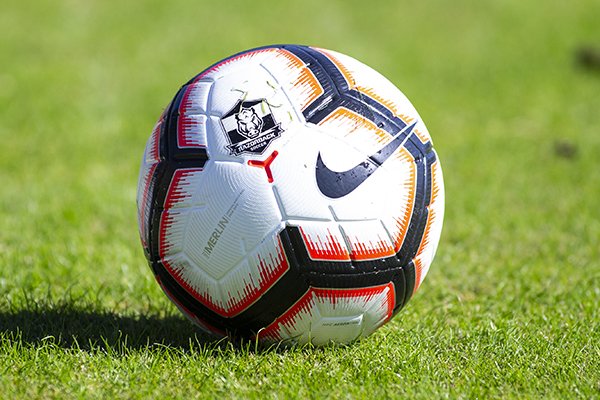 Arkansas lost 1-0 to South Carolina on Sunday in the championship game of the SEC Soccer Tournament in Orange Beach, Ala.

Ryan Gareis’ 27th-minute goal from inside the box and in traffic was the game winner for the Gamecocks (16-1-3).

The Razorbacks (16-3-2) were shut out for the third time this season, and for the second time by South Carolina. The Gamecocks won 1-0 in Columbia, S.C. on Sept. 29.

Arkansas out-shot South Carolina 10-6, but only three of the Razorbacks' shots were on goal, and all came after halftime. Mikayla Krzeczowski, the SEC goalkeeper of the year, had three saves for the Gamecocks, including one on a shot by Arkansas senior Stefani Doyle in the final 15 seconds.

South Carolina is unbeaten in 13 games against SEC teams this season, but the Gamecocks failed to win the SEC regular-season championship because it had three ties and finished one point behind the Razorbacks in the overall standings. The SEC awards three points for victories and one point for ties.

“We got the SEC regular season kind of taken away from us and it was a little bit our fault,” Krzcezowski told SEC Network after the game. “We wanted to come in here and make a statement before NCAAs, and that’s exactly what this team did.”

The Razorbacks and Gamecocks, ranked No. 6 and No. 7, respectively, in this week’s national coaches’ poll, are expected to be either a No. 1 or No. 2 seed when the NCAA Tournament bracket is revealed Monday at 3:30 p.m.

No. 1 and No. 2 seeds in the 64-team tournament are guaranteed home-field advantage through the third round. First-round games will be played at 32 on-campus sites Friday and Saturday.

“I think we’ll finish (with an RPI of No. 6), so we should be a one or a two seed,” Hale said. “We beat the No. 2 team (North Carolina) and we’re actually their only loss on the entire year, so we’re hopeful for a one and confident in a two.”