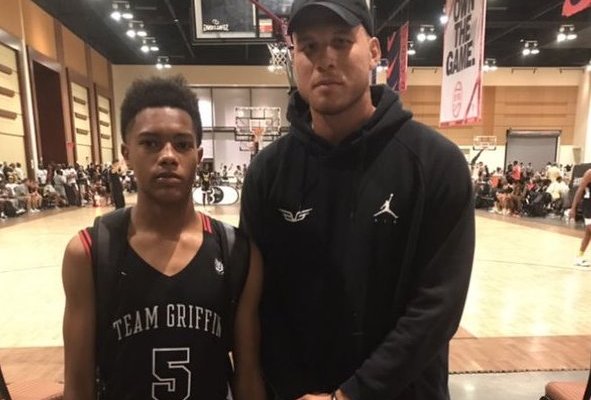 North Little Rock guard Bryson Warren is the first freshman to ever start the opening game of the season for Charging Wildcats coach Johnny Rice.

“He didn’t come in and force things. He let the game come to him,” Rice said.

The talented prospect received an offer from Oral Roberts in the spring.

“I tell him, 'You’re doing stuff no one else has ever done at North Little Rock,'” said Rice of Warren starting the opening game. “I had a big kid that played up in the second semester.”

The Arkansas Activities Association didn’t allow freshmen to play in Class 7A until the 2015-2016 season.

“The sky is the limit,” Rice said. “Skill-wise and IQ-wise and his ability to shoot the basketball, he’s a high-major Division-I talent.”

Arkansas and Oklahoma State took notice of Warren while he played for the Oklahoma-based 14- and 15-under Team Griffin squad during the spring and summer.

“Both of them said they’re going to recruit him,” Rice said.

Warren, who will play for Kansas City-based Mokan Elite next spring and summer, has a 4.0 grade point average. He made strong gains in the weight room, which eliminated any worries for Rice about playing him on varsity.

“A year ago, I knew skill-wise he would be fine,” Rice said. “I was worried about the physicality of it. He’s made more gains in the weight room than anyone we have because this spring and summer is the first time he’s been consistently in there.”

Warren will soon be a marked man.

“He’s going to face adversity once people start keying on him - once the word gets out, which won’t take long,” Rice said.

Rice is in his 29th year of coaching, eighth as a head coach. His first year was at Ridge Road Junior High in North Little Rock, where he coached Warren’s father, Shedrick. The father-son combo is Rice’s first since coaching.

Warren’s grandparents on his father’s side are retired educators from the North Little Rock School District.

“Kevaughn Allen would work out every morning before school,” Rice said. “He would be the first one on the floor, last one to leave and he was just ate up with basketball and Bryson is the same exact way - constantly working on his game and asking questions on how to get better.”