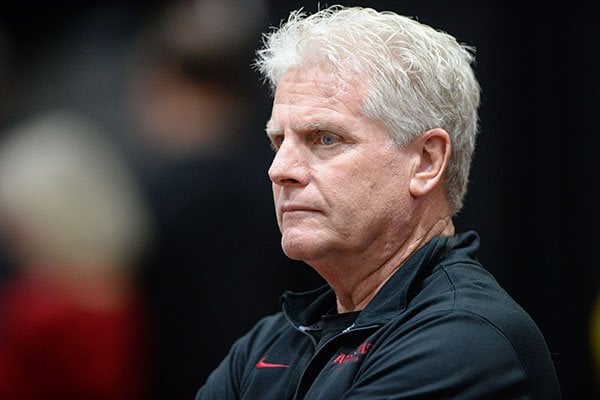 "That's not our standard," said Bucknam, who has led the Razorbacks to five top 10 finishes since 2010, including fifth in 2016 and 2017. "But it's a tough race and there are a lot of good teams there and outstanding athletes. Probably pound for pound, it's the toughest distance race in the country.

"When you get to the track season, they spread out to their individual events. But we've got 300-plus really good athletes in this race. So it's going to be tough. A top-25 finish would be a great race for us."

Princeton's Camren Fischer, a freshman from Fayetteville, will be among the individuals running at the NCAA Championships. He advanced by winning the 10,000-meter race at the NCAA Mid-Atlantic Regional in 29:58.8.

With Arkansas' top runner, Gilbert Boit, redshirting because Bucknam believes it will help the team return to championship form next year along with adding some newcomers to the roster, the Razorbacks were a disappointing third at the SEC meet. They bounced back to take second at the NCAA South Central Regional to advance to nationals.

"Third place was not where we wanted to be. We sat down and talked and realized if we were going to make it to the national championship, we had to step up and run better, and we did."

The Razorbacks will be led today by junior Matt Young, who took seventh at the regional. Sophomore Ryan Murphy was 13th, and freshmen Jayce Turner and Myles Richter finished 14th and 15th, respectively.

Today's race will be the second 10,000 for the runners in eight days.

"Maybe that's good for us," Bucknam said. "Maybe that's what we need. We don't have a lot of time to think about it, just get out there and run."