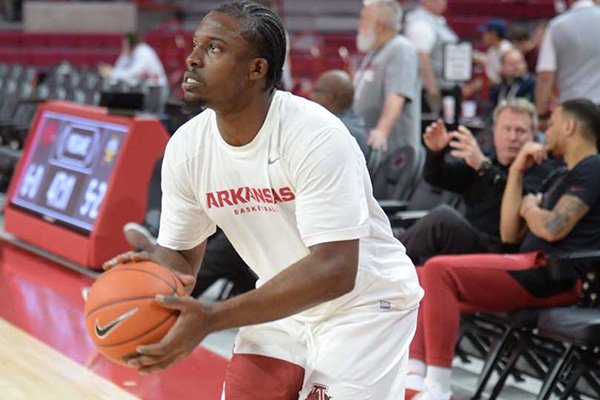 Jamario Bell is shown prior to Arkansas' game against Northern Kentucky on Saturday, Nov. 30, 2019, in Fayetteville. Bell, whose football career ended Friday, has joined the Razorbacks' basketball team as a walk-on.

A standout at Junction City High School, Bell was a second team All-Arkansas selection in basketball by USA Today in 2015. He was also named all-state two times and led the Dragons to two state championship games.

Bell, who finished the 2019 football season with 17 tackles and 4.5 sacks, will wear basketball jersey No. 14, according to a release.

At 6-5, 265 pounds, according to Arkansas' football roster, Bell provides physicality and another interior presence to a thin, undersized frontline.