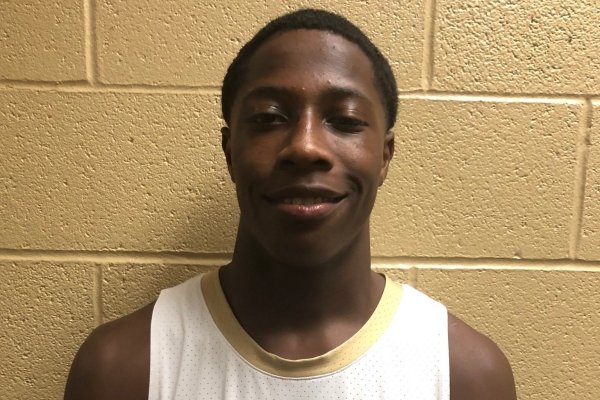 “We’re going old school to the Eddie Sutton days,” Swift said. “We haven’t done it yet, but I think we’re going to YouTube some old Darrell Walker. We think he could be that type of guard, a big-time defender a big-time rebounding guard.”

Williams, 6-2, 196 pounds, has offers from Oral Roberts and Cleveland State and is drawing interest from Arkansas, Illinois, Texas A&M and Arkansas State. He is one of several prospects expected to visit for Arkansas' Red-White game on Saturday at Barnhill Arena.

“He’s a kid that obviously looks the part,” Swift said. “He’s really changing his body right now. The strength of his game is off the bounce right now and getting to the paint. He creates a lot of havoc that way. He sees the floor and can go both directions. He passes the ball pretty well.

“Great, I mean great from 15 feet in and then he makes enough 3-point shots to keep everybody honest at this point of his career.”

Williams, who played quarterback in junior high, shined for the 15-under Joe Johnson Hawks in the spring and summer, averaging 15 points, seven rebounds and five assists.

“I think the 3-point efficiency is probably what is holding back some the higher-level programs from offering him right now,” Swift said. “I think they want to see how he improves that part of the game, and he’s working on it.”