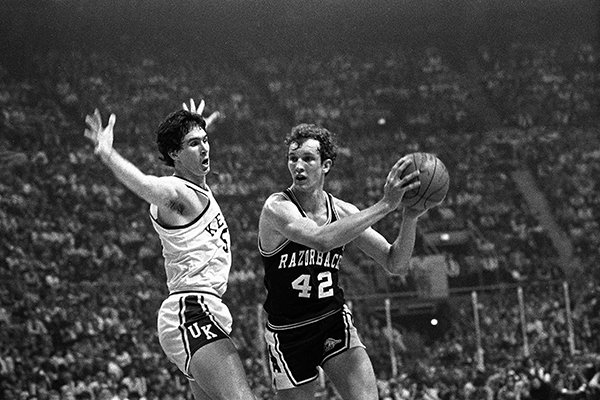 This is one time that every dues-paying member of the Arkansas Sports Hall of Fame can have their opinions count.

Ballots for the next class of inductees have gone out, and it is a great list of candidates.

If you paid your dues and didn’t receive your ballot and bio information on every candidate, please contact Terri Johnson at [email protected] or call (501) 313-4158.

A few years ago there was a problem with postage, but the deadline was extended and the packets resent.

Your vote is that important.

This year’s candidates include some who have been around for a while, and one who most thought already had been inducted only to find out he had fallen through the cracks and never been nominated.

There are candidates from almost every sport imaginable.

The membership votes to determine the first two inductees on the regular list and the first one on the senior list.

The remainder of the class is voted on by the board of directors.

Not going to reveal who was listed on my ballot, but reading the bios was interesting.

For instance, who would have believed Jim Counce had not been inducted?

One of Eddie Sutton’s first recruits, Counce was a four-year letterman who started on teams that went 26-2 (16-0 in Southwest Conference play) and 32-4. That team made the Final Four and put the University of Arkansas on the basketball radar. Counce was the best defender on his teams, and he was the playmaker.

He later coached for Sutton on two conference championship teams before choosing medical school over coaching. He is a noted heart surgeon in Northwest Arkansas.

The bios are full of standouts such as Anthony Lucas, who was an All American receiver at Arkansas. He’s the all-time career leader in games with at least 100 yards receiving with 11, and he is third in touchdown receptions for a career with 23.

Lisa Cornwell was a four-time Arkansas Women’s State Amateur champion in golf, and she now works for the Golf Channel.

There are so many former Razorbacks it would be impossible to list them all, but Henderson State University, Hendrix College, Tennessee, Memphis, LSU and Arkansas State University also have athletes nominated.

The senior list is like an Arkansas history lesson of the perspiring arts, and 11 colleges are represented.

Not campaigning here, but millennials may not have heard of Glenn Abbott, who played at the University of Central Arkansas and spent 11 years in Major League Baseball. For the last 34 years, he has been a pitching coach.

There are legendary high school coaches from almost every sport on both lists, and even athletes who never played in college but were so great as prepsters that they never have been forgotten.

Professional fishing is represented by George Cochran and Larry Nixon.

The Arkansas Sports Hall of Fame knows no limits when it comes to sex, race or creed, and certainly not to sports.

Bill Dunkum, a world-class skeet and trap shooter, is on the senior list.

The ASHOF is for everyone, and membership is open. Information can be found at arksportshalloffame.com.

Everyone’s ballot counts, but voters are required to choose five on the regular list and three on the senior list.

The banquet is in March, but voting is now for all members.